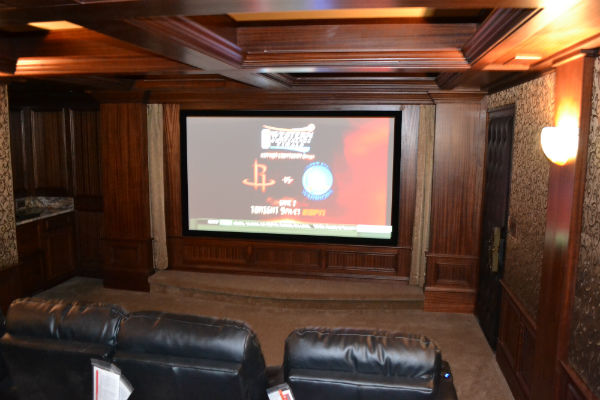 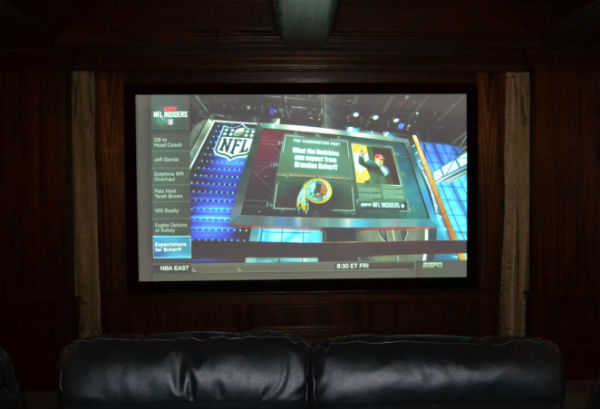 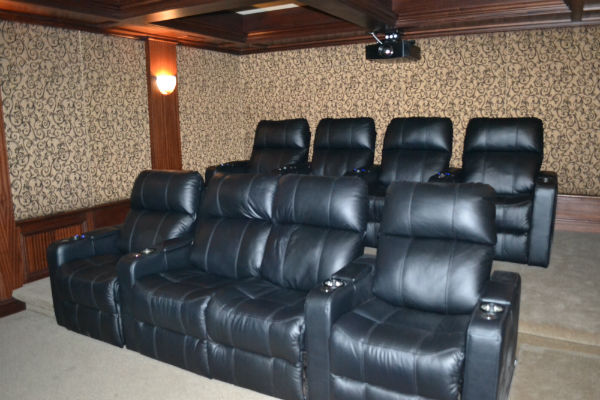 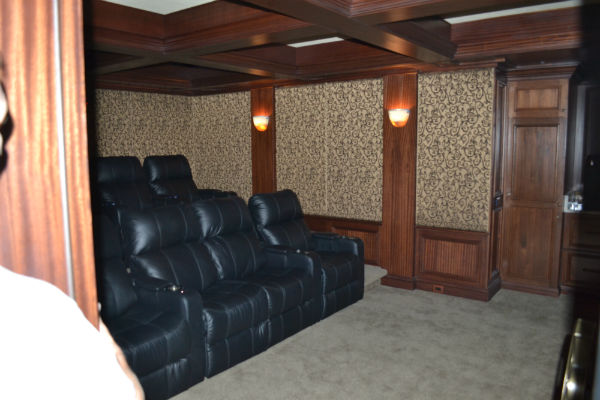 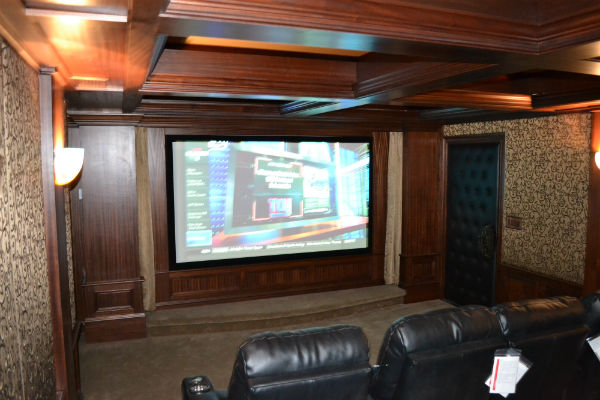 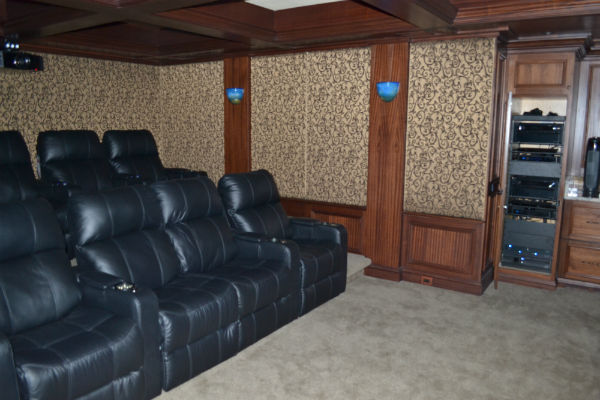 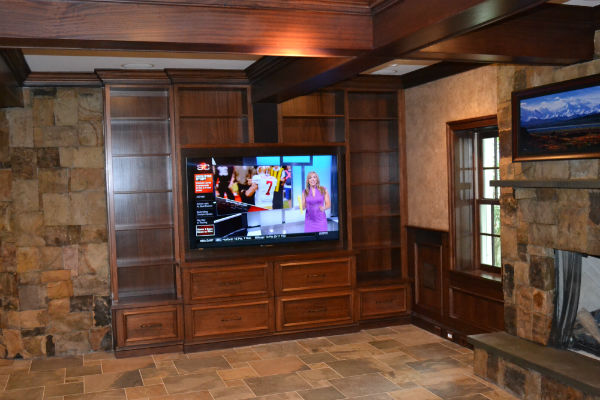 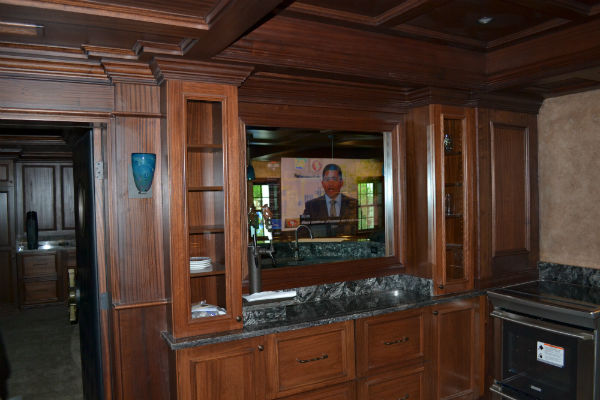 This beautiful basement with its mahogony wood trim, natural stone walls and fireplace are complimented with the addition of audio video systems designed by AVID. There is a Theater Room featuring a JVC DLA-35X Projector, Episode 900 Series Speakers hidden behind an impressive 110 " Dragonfly Acoustic Weave Projection Screen. The Bar's Television stays invisible behind a large mirror until turned on with the the systems iPad and On Controls Automation System. This system is programmed to operate all of the audio and video systems as well as lighting and Theater Room curtains. As if that isn't enought fun, there is also a Media Room which features a Sharp 4K television and Surround Sound System and additional speakers in the Billiards Room.